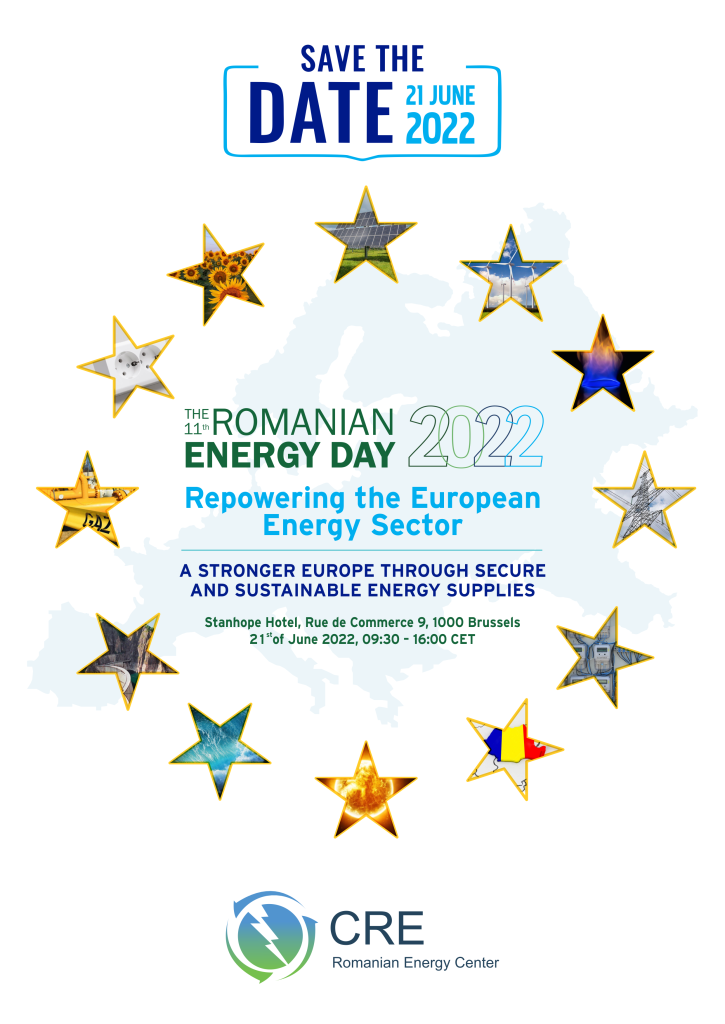 A stronger Europe through secure and sustainable energy supplies

The European Union is crossing uncharted territories. After two years of COVID-19 pandemic and subsequent health and economic crises, the year 2022 started with a military conflict at its borders. Consequently, two debates took first stage, namely the most severe energy prices crisis in decades and the high dependence on one major external energy supplier, overlapping with and impacting the Green Deal and the Fit for 55 frameworks.

Representing probably the most ambitious European projects since the inception of the EU, the goals of carbon neutrality by 2050 and the independence from Russian fossil fuels by the end of the decade will seriously test the cohesion among the Member States and the dynamics and adaptability of the 27 energy markets.

Consequently, Romanian Energy Day (RED), at its 11th edition, builds upon the European commitment towards accelerating the Green Deal by ramping up renewables and boosting energy efficiency, whilst setting the stage to achieve the independence from certain energy imports. Moreover, RED 2022 highlights Romania’s endeavour to strengthen the European energy security by actively diversifying energy sources, resources and transport routs, as well as achieve markets integration by creating an effective link between the South-Eastern and Central European regions.